Your Endocannabinoid System:
​Why CBD Works?

It may come as a surprise, but you were made for CBD! We all were. Every human (and most animals too) have an endocannabinoid system (ECS) with receptors throughout our bodies. This system is involved in almost all brain and body functions, from our ability to handle pain, stress and anxiety to our mobility and muscle health. In short, it keeps our bodies in balance. CBD from hemp is a natural supplement that keeps this system, and you, in optimal health!
Cannabinoid Receptors: There are three cannabinoid receptors associated with our ECS – CB1, CB2, and TRPV1. These receptors play an important role in vital bodily homeostasis, health, and healing. The receptors are not found everywhere in our body though, they persist in areas involved in important processes like coordination & movement, appetite, emotions, memory, and pain. CB1 is largely found in the brain and holds a key role in our neurological processes. CB2 can be abundant in immune cells, the digestive system, and the peripheral nervous system. TRPV1 is involved in pain response, inflammation, and regulation of body temperature. It is actually the attachment site for capsaicin – the compound known for the burning sensation we experience when eating hot peppers.These receptors are important, but they do nothing without the substances that attach to them and allow them to activate – the endogenous cannabinoids that our bodies produce (yes your body actually produces cannabinoids!) AEA (anandamide) and 2-AG are the most studied cannabinoids. Both of these can attach to the CB1 and CB2 receptors. Think of them as the keys that open up the same locks. Depending on which key is used, different doors will open. When our ECS becomes imbalanced, the important functions that it regulates can go haywire. This happens when receptors are over or under active, and endocannabinoid levels are too low or too high. An imbalanced ECS can be treated with conventional medication, supplements, lifestyle choices and alternative therapies that all activate the cannabinoid receptors within our bodies. Probiotics modulate CB1 activity, acupuncture increases CB2 in skin tissues, intense exercise increases AEA which is why we experience the “runner’s high.”
Phytocannabinoids are the substances found in plants (mainly cannabis sativa) and they are able to stimulate the ECS receptors. The most well known and studied phytocannabinoid for ECS stimulation is THC, however this molecule’s non-psychoactive counterpart, CBD, is also able to modulate the structure of the ECS without getting “high.” While THC attaches itself directly to the CB1 and CB2 receptors (like AEA and A2-G), CBD attaches to a different receptor site of CB1. By attaching to a different area it is able to change the shape of the receptor which has an influence on how the receptor will interact with other substances that bind to it. CBD can influence the ECS in other ways too, by supressing the enzyme that breaks down AEA. By blocking this enzyme, AEA has the chance to have a longer effect on the receptor, thus prolonging the positive effects that we seek in using CBD oil as a pain supplement or other form of treatment.
CBD can also directly attach to TRPV1 and other receptors that play a role in our neurological and cardiovascular systems. This is why CBD works so well as a treatment for neurological issues like epilepsy and Parkinson’s disease. If you didn’t already know, big pharma has released a drug called Epidolex that is now FDA approved and prescribed by doctors specifically for treating symptoms associated with epilepsy. CBD companies offering premium products that are all natural, lab tested, and organically grown are becoming the way of CBD use for many users who are seeking a healthier alternative to conventional medicine. 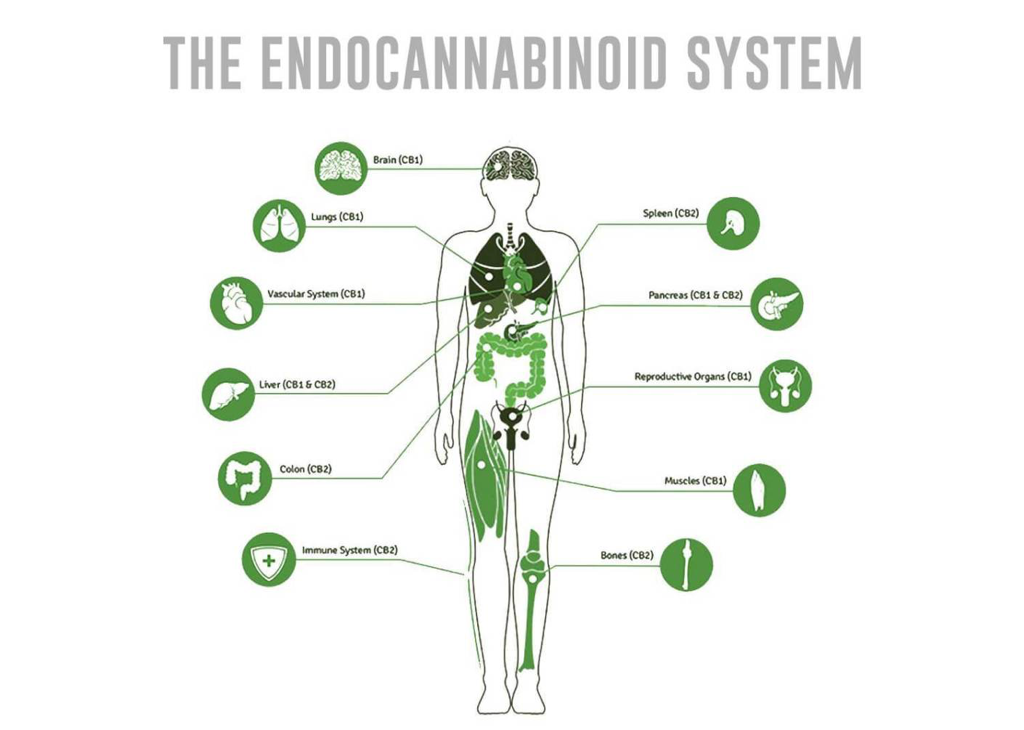